Skin is personal and sensitive. As a result, design and placement of on-body physical interfaces need to be well thought out. One way of “getting the design right” is to take an iterative design approach and sketch a multitude of designs to be modified, adjusted and elaborated on. Using piezo-resistive kinesiology tape made available through the Polysense process, one can sketch functional on-skin interfaces and experience innovative body interactions. For instance, one can design touch, gesture, and pressure sensors that way. We illustrate sketching techniques with augmented and unaugmented tape for iterative design of on-skin interfaces.

Experiencing low-fidelity body interactions Although interaction designs increasingly leverage the whole body as an interactive surface or for more engaging interactions, experiencing these interactions remain challenging in the early stages of the design process. Our approach partially fills this gap by proposing a simple solution for low fidelity prototyping body sensors.

Leveraging body-worn kinesiotape Kinesiotape provides a material that can be made piezo-resistive, can be easily attached and detached from the skin several times, and that conforms to the complex body geometry. By combining augmented and non-augmented tape, one can create a large variety of body sensors rapidly.

Enabling fast prototyping of (on-)body sensors Low-fidelity prototypes are important to avoid committing to a design that would not meet the right requirements eventually. Our approach allows non-expert to test quickly different designs, hence enabling shared discussions with body-worn sensors experts and non-experts to discuss broadly body interactions rather than technical details.

Adapting to the body geometry
Kinesiotape is designed to stick on various body parts and conform to their geometries. We leverage this feature to sketch sensors on unconventional body areas like the foreheads, the necks, or the feet of users. 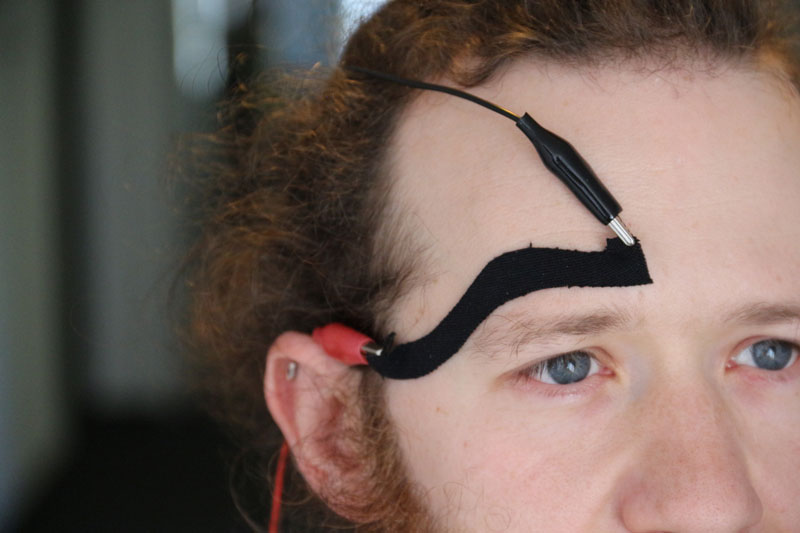 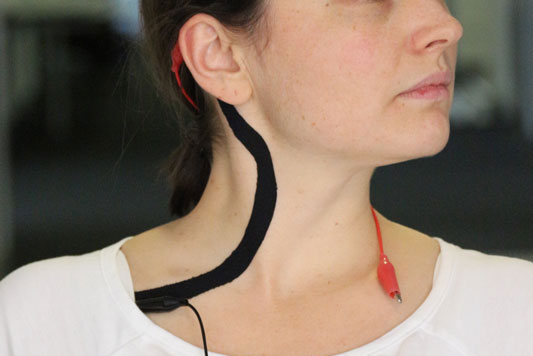 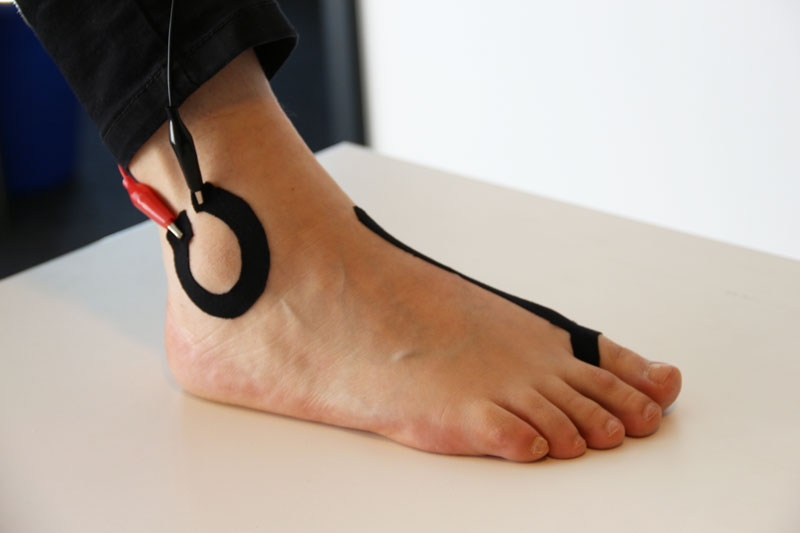 Sketch for the body, attach on the body, repeat
Another great advantage of kinesiotape to prototype on-body sensors is that it can be cut with scissors, attached on the skin, and then easily detached and re-attached on another body part. Hence, our approach largely builds on iterative design. Attaching the sensor on the body is particularly important to grasp to what extent the sensor conforms to the user's body. In the example below, we demonstrate how an original design can be attached to the body, then quickly changed with in the next iteration to better suit the user's needs. 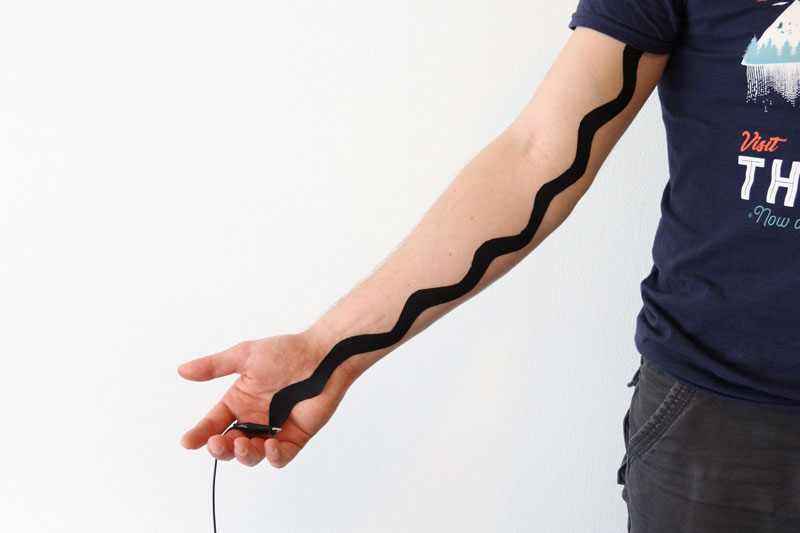 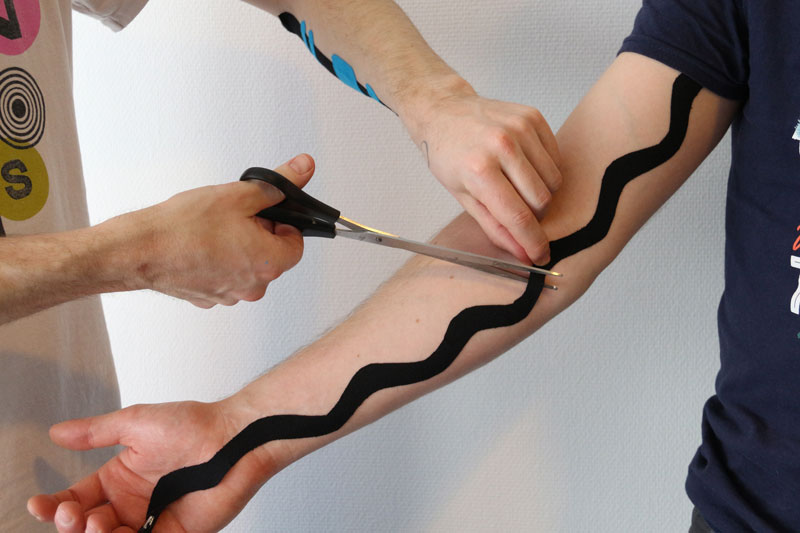 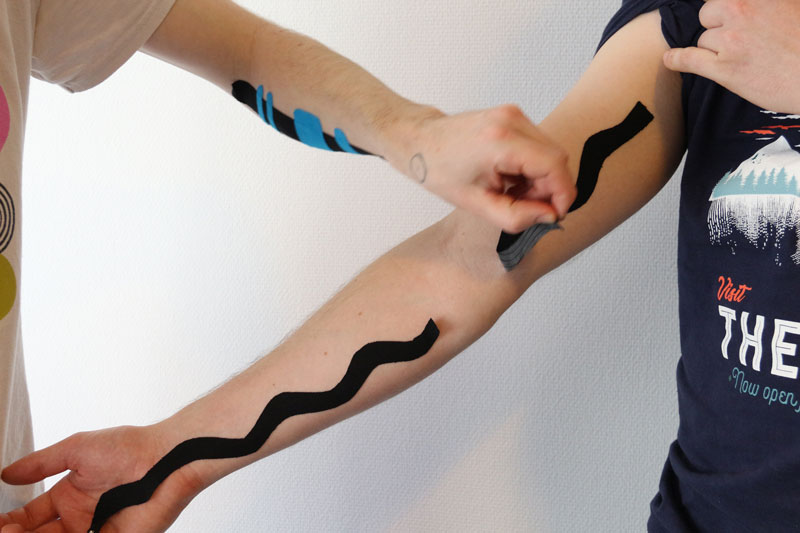 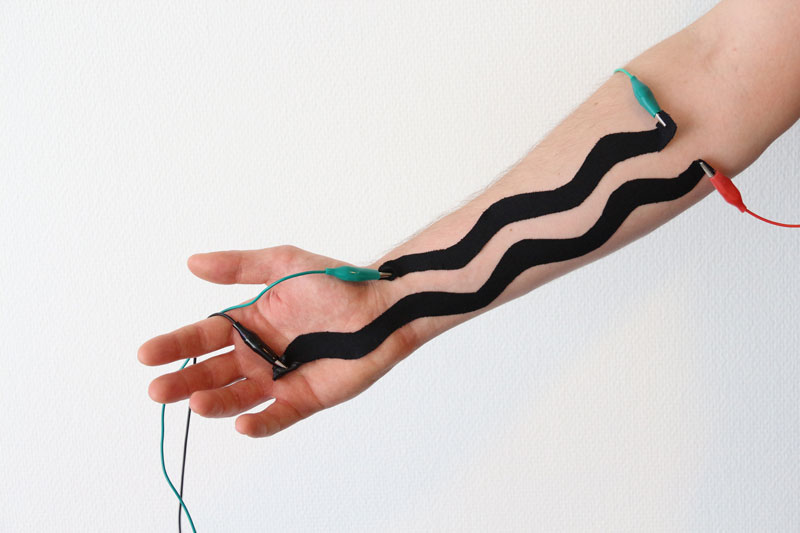 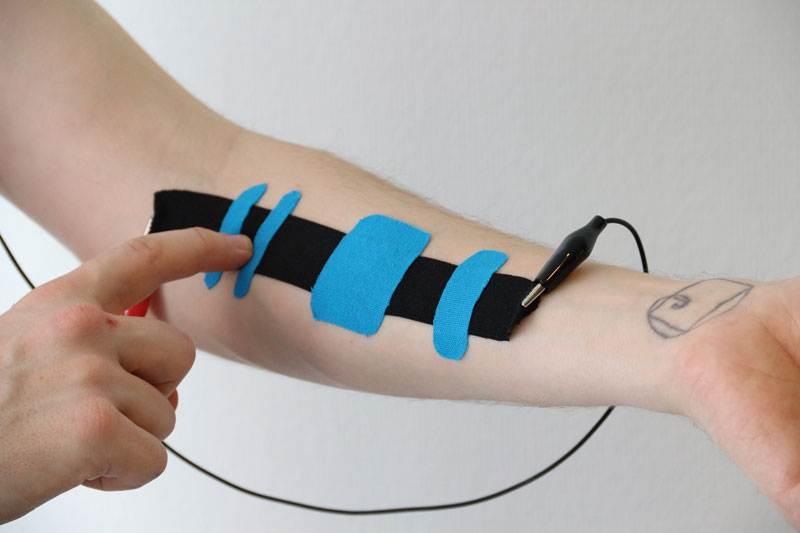 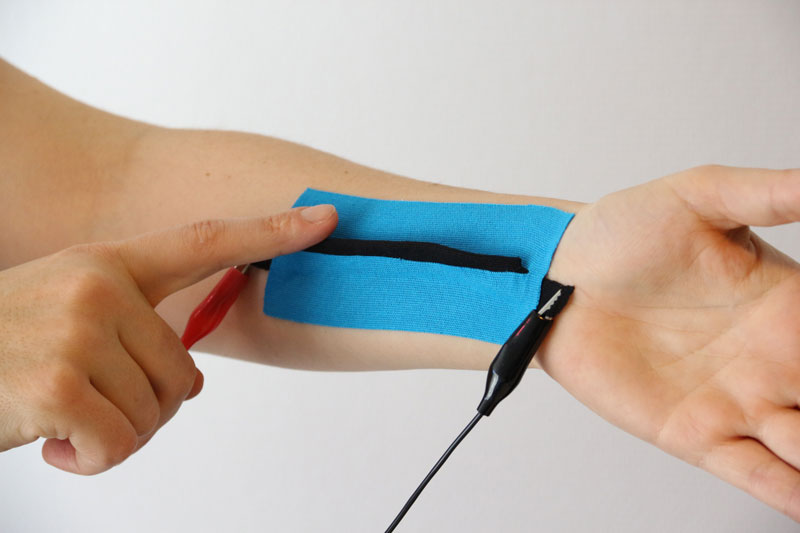